A cohort of 26 DNP Nurse Anesthesia students entered into the Center for Nursing Discovery (CND) on June 15, becoming the first group of students to set foot in the center in months.

While the students may have been remote, faculty and staff have remained active in the facility in order to ensure the students had a robust, virtual learning experience.

When the pandemic caused DUSON to first suspend in-person classes, the CND staff faced the same obstacle that the rest of the DUSON community was encountering: How to deliver to students the same quality of education without the students ever actually coming to campus?

One approach the CND took was to have clinical instructors come in to the CND to record sessions of themselves demonstrating certain skills. These videos were in addition to the commercial teaching videos the instructors use. 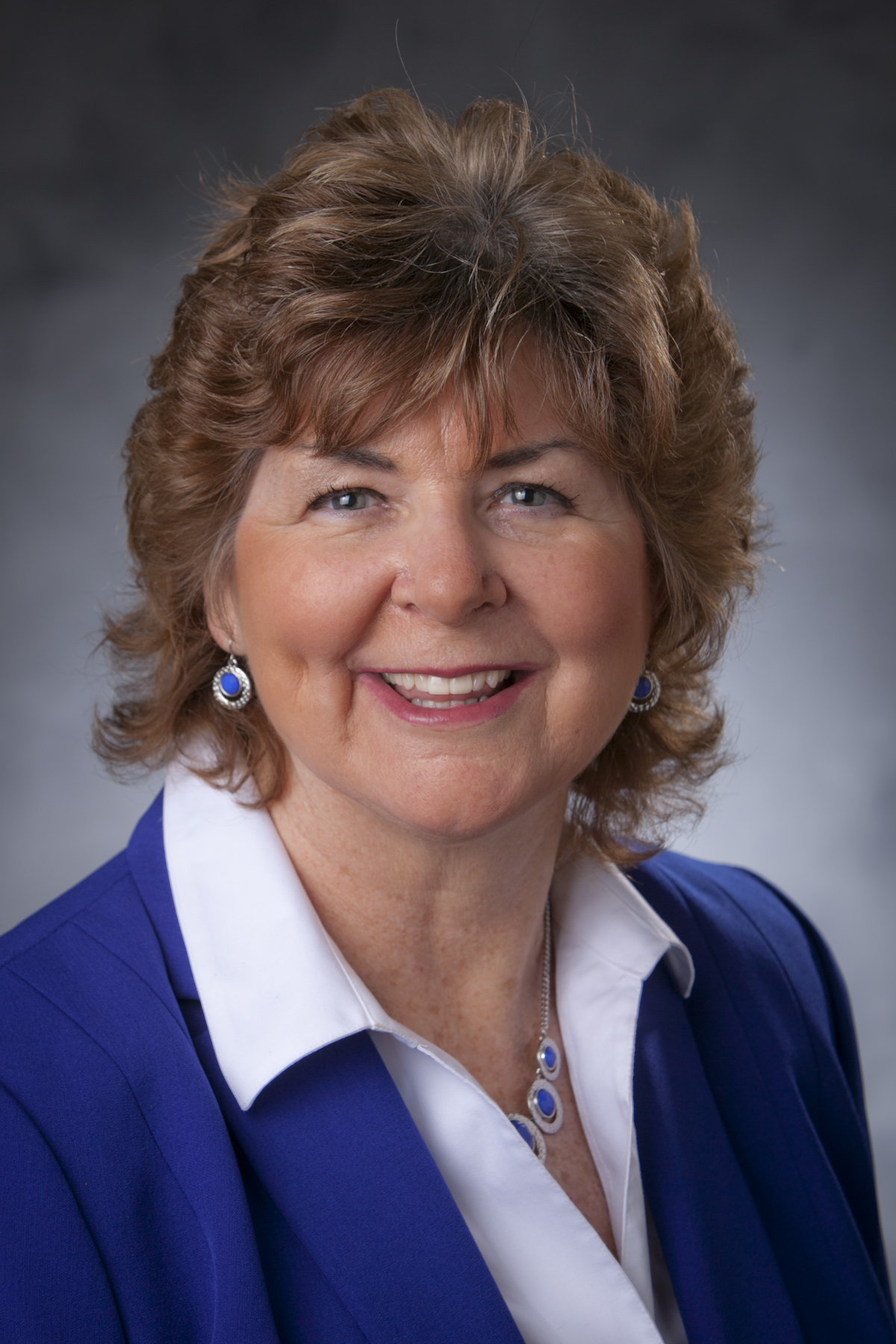 “I think our students really appreciated the hands on with their particular instructor or clinical instructor. They were able to see them talking through the skills and giving them more of a realistic view of how the skills are done with a little bit of their experience thrown in as well,” said Margie Molloy, DNP, RN, CNE, CHSE, CND director and assistant professor.

The CND staff produced at-home packets for the 175 ABSN summer students and their clinical instructors. The packages contained supplies normally needed for in-person instruction, such as syringes, bags of IV fluid and IV tubing. Over the course of two weeks, the CND staff took supply requests from faculty, collected student addresses, ordered supplies, and created and then sent the packages. 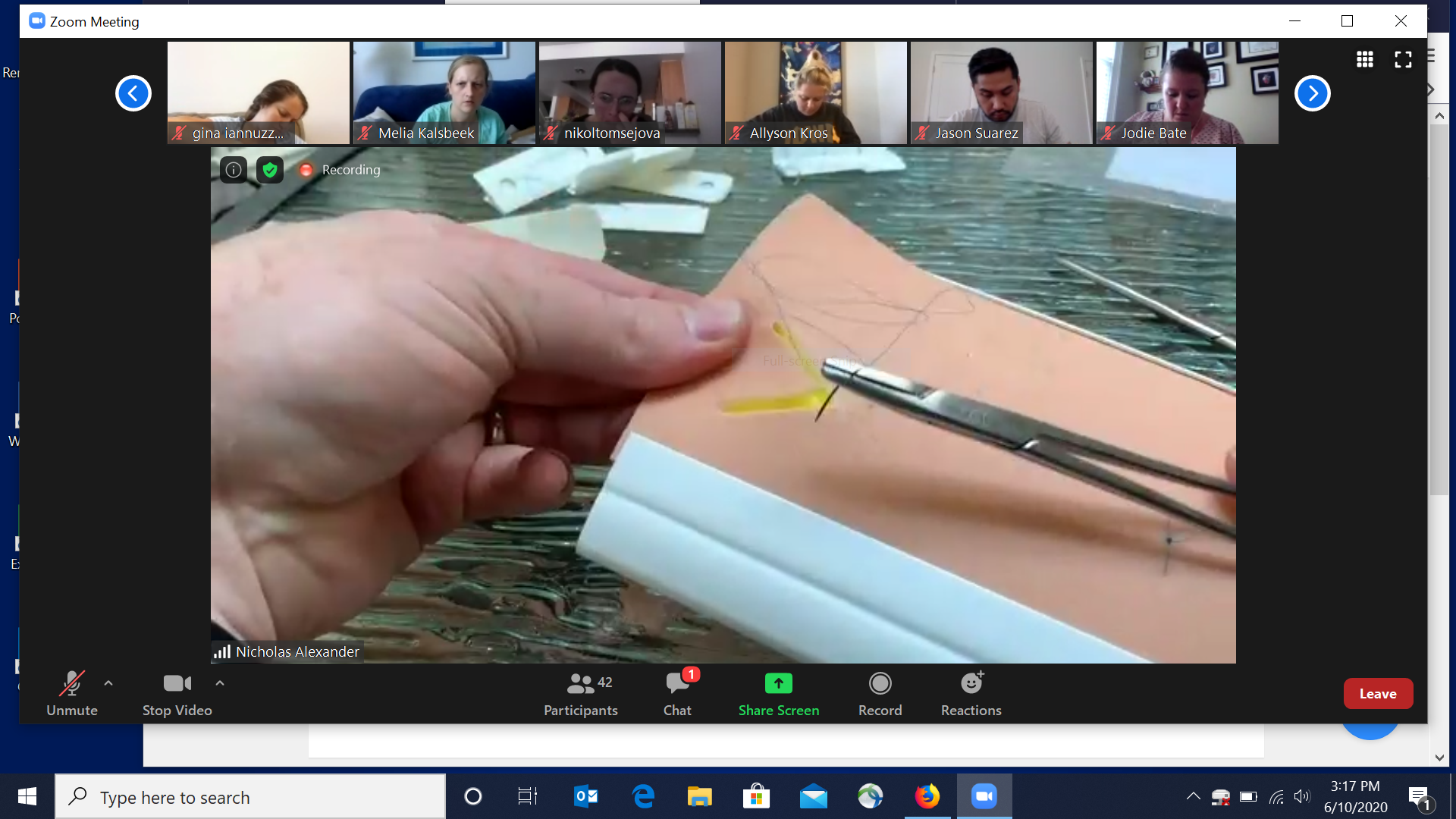 Students would then log into their virtual clinical lab or open lab with their kits and follow along with their instructor’s demonstration. Through this approach, students virtually learned skills such as suturing and attaching tubing to an IV.

With suppliers’ stock being low and in high demand, Nashonda Thomas, RMA, CND staff assistant, needed to stay on top of the CND’s inventory to avoid any shortages. 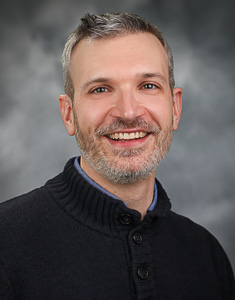 “She has spent an enormous amount of time ordering and trying to find the supplies to get to the students and has done a tremendous job working with all of suppliers and getting all the materials for our students,” said Raymond Brisson, CHSOS, CND technical operations coordinator.

An adaption that needed to be examined early on was how to convert the in-person aspect of the simulation labs into a virtual format while still meeting INACSL Standards of Best Practice: SimulationSM. When the CND converted from in-person simulations to online, PowerPoints were created. They included embedded assessment videos and vital signs to help the students walk through the simulation.

“The staff needed to look quickly to see what resources were available with virtual simulation to replace what we typically would do face-to-face,” Molloy said.  Throughout, the CND staff remained committed to enhancing students’ cognitive learning and critical thinking.

One approach was creating videos of different scenarios of possible interactions between a patient’s family member and the nurse, both roles performed by staff; a manikin served as the patient. The video would be paused throughout the interaction so that the student could process the scene and think about why the interaction was playing out as it was.

These videos were generally well received, according to student surveys.

“Some of our students even said they preferred the virtual PowerPoint simulations,” Harrison said. “They learned more. They actually had time to process what they would do next, and they didn't feel as pressured.” 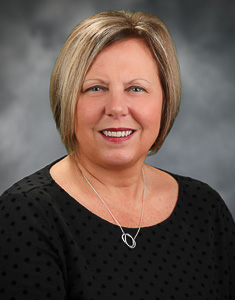 Michele Kuszajewski, DNP, RN, CHSE, CND assistant director, said due to the amount of similar feedback, the CND would consider making this sort of hybrid approach permanent moving forward, where the first lesson or so would be done virtually and the rest would be completed in person.

Brisson and Tiffiany Parker, simulation technology specialist, repurposed existing manikin software and adapted it to be used in a virtual format. They programmed vital signs, images of X-rays, wounds, and lab values which were displayed in real time with the MSN students. With this software, students were able to see how their interventions changed the virtual patient’s condition. In addition, the simulation techs supported “virtual” standardized patients which afforded the students the opportunity to interact with trained actors in real time.

Preparing for the students' return

All of the CND staff has been heavily involved with the Re-entry Committee Task Force in order to prepare the facility for students to return.

More recently, the staff needed to measure and place markers along the floors to indicate six-feet spacing increments. Furniture and equipment needed to be rearranged and relocated to create the required space and to reduce the number of high-touch surfaces. The furniture was removed from the CND lobby.

The ABSN students will be welcomed on June 29.

“I think, through all of this, we've learned a lot of lessons, that there's other ways of doing things that are just not always as static as being in the classroom,” Molloy said. “We've learned to do a lot of hybrid teaching with a mix of different things, so I think that this has been a valuable lesson for us in the end.”