DUSON Team Works with Salons to Prevent HIV among Black Women in the U.S. South 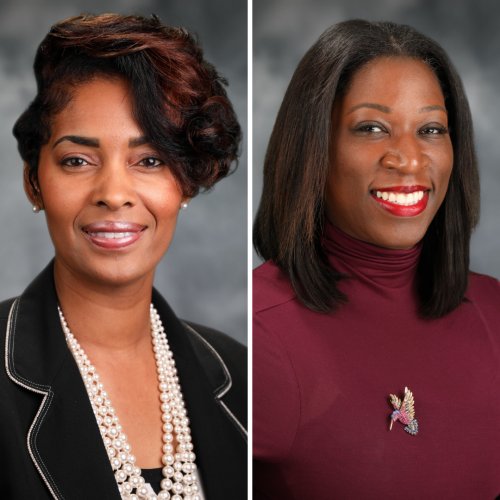 A team of Duke University School of Nursing researchers is utilizing a salon-based intervention to promote HIV prevention awareness to Black women in the southern U.S. region.

To investigate this disparity, Schenita D. Randolph, PhD, MPH, RN, CNE, assistant professor, submitted a proposal to Gilead Sciences, Inc., entitled: “A Salon-Based, Multi-level Intervention to Improve PrEP Uptake Among Black Women Living in the United States South." PrEP refers to Pre-exposure prophylaxis, an effective HIV prevention strategy that involves the use of medications to prevent the spread of disease in people who have not yet been exposed. This now-granted award is for a two-year period.

Though PrEP is a known method in preventing HIV, its usage among Black women is low due to lack of awareness, social stigma surrounding HIV, and general medical mistrust.

"Interventions to improve the uptake of PrEP among women of color, particularly Black women, are limited and urgently needed to reach women who are eligible,” Randolph said.

One way to address the barriers Black women face is to help normalize the conversation around HIV and PrEP. Research shows social support for using PrEP can significantly impact uptake and that a salon-based intervention is an effective way to engage Black women around these conversations as salons are often viewed as a trusted, safe environment.

For this project, Randolph, her research partner, Ragan Johnson, DNP, MSN, APRN-BC, assistant professor, and their team are focusing on stylists and customers in interested beauty salons in North Carolina, with specific focus on counties with high rates of HIV. This multi-level intervention will include training for stylists and iPad-delivered modules and vignettes with text messaging and email prompts for female customers.

The ultimate goal of this project is to help increase the usage of PrEP among Black women in the U.S. South and ultimately reduce the rate of new infection in this population.

"We are really excited about the community partnerships and engagement in the development of this project,” Randolph said. “There are multiple layers — from engaging salons, stylists and women customers. However, factors that contribute to women’s vulnerability to HIV transmission and barriers to HIV care are complex and warrant complex, multi-level approaches to address them."

Randolph has also conducted related research focusing on how structural racism and discrimination has led to health disparities and feelings of mistrust in the health system by Black women in the U.S. South, which has, in turn, impacted their willingness to participate in HIV health services.