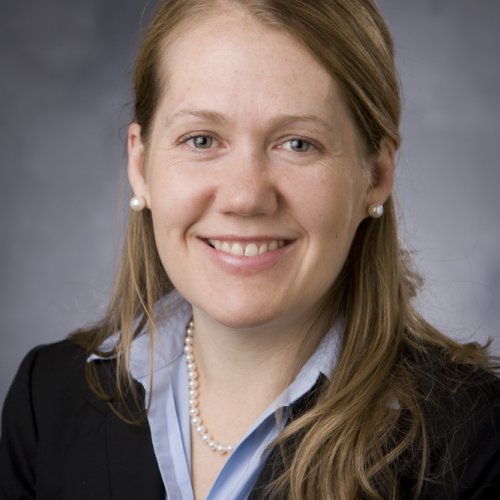 As a young graduate student, Devon Noonan started to notice a pattern. When children came into her respiratory care unit with breathing problems, more often than not their parents smelled like smoke. “We were not doing a good job addressing the smoking with the parents,” she said, “and yet this was a huge trigger for these kids who kept coming in.” Here was a clear opportunity for a behavior modification that could make whole families’ lives better through prevention now rather than acute care later. She decided to make prevention the cornerstone of her career, with a focus on cessation methods for alternative tobacco products like hookah smoking and chewing tobacco, whose users have far fewer interventions available.

Noonan is now an associate professor at Duke University School of Nursing, and this same subject has won her a prestigious R01 grant from the National Institutes of Health, worth more than $1.84 million over 5 years. Her project, entitled “A Text-Based Scheduled Reduction Intervention for Smokeless Tobacco Cessation," arose from her near-weekly visits to Granville and Vance counties in rural North Carolina. It only takes her 40 minutes to make the drive from her office in Durham, but the contrast couldn’t be more stark. “There are high levels of poverty and violence,” she said, “and they don’t have the transportation infrastructure we have here. So if a tobacco user wants to go to their provider for information about quitting, they can’t even get there.”

With those formidable challenges of access in mind, Noonan’s study will test a digital-age solution. Modeled after previous anti-smoking interventions like the federal SmokefreeTXT program (which sends supportive text messages to people after they quit), this smokeless tobacco study adds a new wrinkle: text messages that gradually reduce the user’s consumption over time to help them quit in the first place. It’s already showing promise; a pilot study she ran with 120 local users found that this Scheduled Gradual Reduction (SGR) method fully doubled their short-term quit rate compared to basic support.

Why focus on smokeless tobacco instead of cigarettes? Because these rural areas have usage rates more than double the national average; “it’s just ingrained in the culture and the family, and it’s passed down,” Noonan explained. “Their grandfather did it, their father did it, and so they do it.” Some started because everyone on their high school baseball team did it; others started as a bridge to quit smoking. And these cultural and social triggers are compounded by stress. “Many users have stressful lives, whether from working a stressful job or living in a depressed environment,” Noonan said, “so they pop in dip or chew when they’re stressed.”

In fighting these strong headwinds, Noonan sees her text-based SGR program as offering a lifeline to underserved populations without access to treatment options. “A lot of smokeless tobacco users are young blue-collar men who are working, so it’s hard for them to get to cessation services,” Noonan noted. “The texting also helps them because it’s a discreet delivery system for getting this information. Nobody has to know, but they’re still able to work on this on their own.”

But her main innovation is the gradual reduction piece: “they just click on our website to sign up, tell us the average number of times they dip per day, and then over the next six weeks we reduce them down to zero,” Noonan said. “We tell them when to chew by texting them, so if they want this to work, they have to follow this schedule. At the same time, we’re sending them support messages, which is effectively counseling delivered via text: health effects, the money they’ll save, how to deal with cravings or urges, increasing their confidence to quit, and so on. They also get support messages after they stop – how to deal with cravings, how to stay confident, and what to do if they slip.”

In the pilot study, respondents told her that “giving the habit over to us was a good thing for them. They said, ‘If I just wait for an alert to chew, I can ride out this craving.’” Compared to stopping cold turkey, this system helps with withdrawal, environmental and habitual cues, and self-confidence. This intervention is proving to be a life-saver for users who have tried to quit many times and failed, such as one teacher Noonan encountered who was so addicted that he was using during school. “Nothing else had worked for him, so he was hopeful for our method. That spoke to me of the need – they’ve tried other things that just haven’t worked, and I think that this reduction approach for smokeless tobacco users is a new way that no one has really done.”

Noonan’s NIH-funded project will now roll out her text-based SGR system to 500 subjects in rural areas across the country, in order to compare it to the existing methods. She hopes that what emerges at the end of this five-year study is a new standard of care for smokeless tobacco users nation-wide. “If it works, it could be added to the federal government’s Smokefree text system,” Noonan said. What started small in North Carolina could soon be saving thousands of lives in the communities across America that need it the most.