Health Innovation Lab Relaunches with Collaborative Innovation As Its Goal

Health Innovation Lab Relaunches with Collaborative Innovation As Its Goal 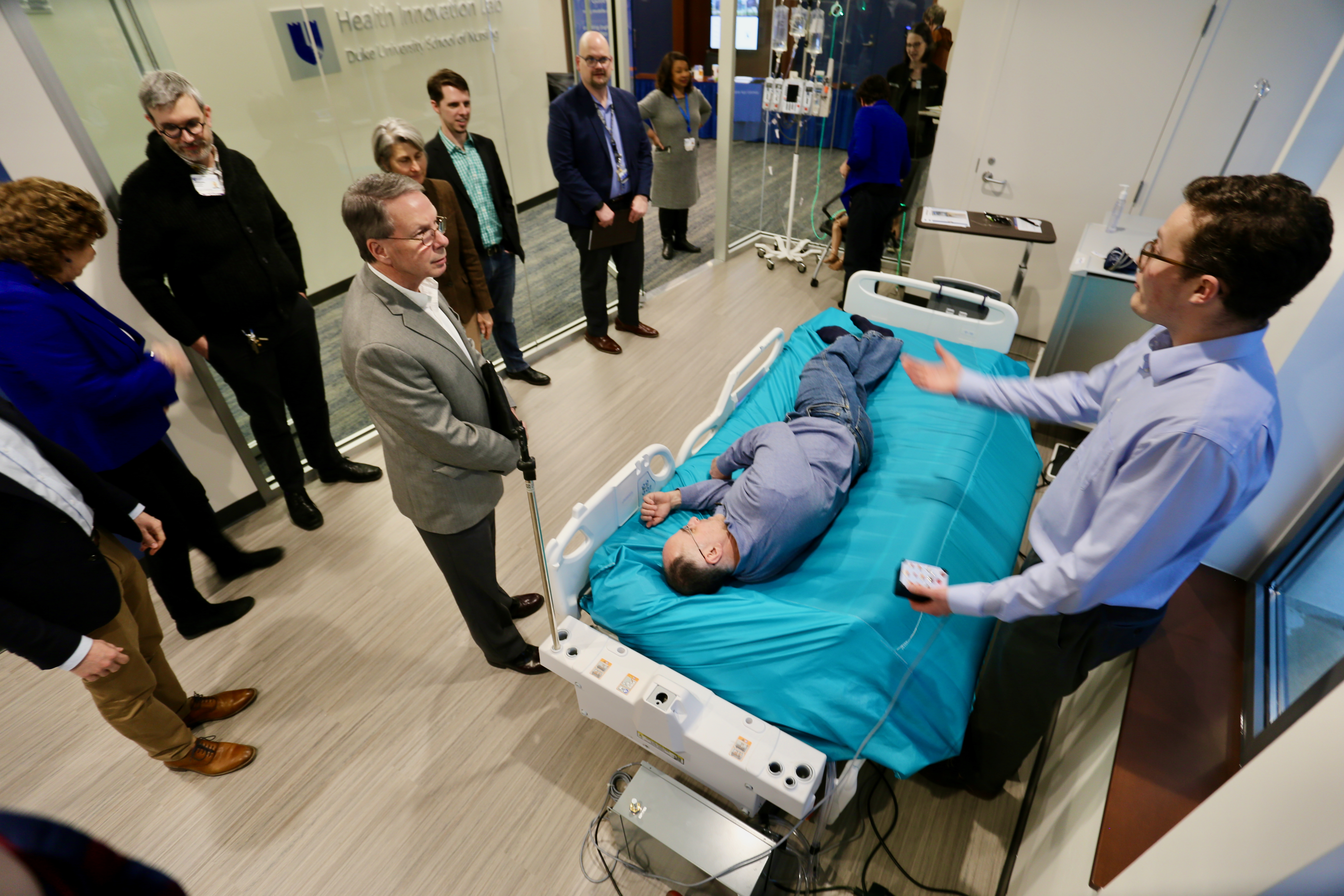 For three years, the Health Innovation Lab (HIL) at Duke University School of Nursing (DUSON) has been a place to try out and improve health technology ideas and innovations, just as its creator, Ryan Shaw, PhD, RN, envisioned. Shaw’s vision got an upgrade in February, when the lab moved out of his office and into the 20,000-square-foot state-of-the art simulation area at DUSON. The lab is the first of its kind on campus, intended to be a collaborative space where the professions of nursing, medicine, physical therapy, engineering and business can ideate, prototype and test ideas, says Shaw, assistant professor and director of the HIL.

“We're calling it a maker space,” Shaw says, adding that DUSON hosted an open house on Feb. 20 that included a tour of the new lab. “You can probably guess, it's a place where students, faculty and staff can go and they can build things, they can prototype things, they can learn to fail there,” noting that innovation includes a cycle of attempts, failures, and adjustments until the goal is met. When the HIL was run from Shaw’s office, equipment and prototypes were constantly being moved in and out of his closet. Now, the lab has room to house large projects such as TRINA, the telerobotic intelligent nursing assistant, a remote-controlled robot that can be used to perform common nursing duties in hazardous clinical environments.

In the past, if students wanted to test a large project in a simulation environment, they would have to take it apart and transport it from Shaw’s office to the simulation labs. Now innovation projects such as the robot can be stored in the lab in one piece, and easily moved to simulation rooms and even across the street to the hospital for real-world testing. 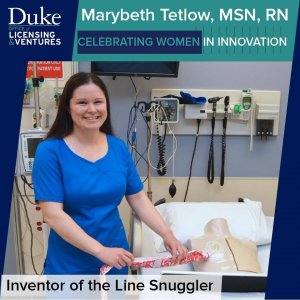 Other innovations borne from the lab in the past three years include the Line Snuggler, a patented fabric sleeve now on the market that keeps central lines and IV tubing covered and contained. The lab provides students and faculty a home base to continue testing and improving these ongoing projects, including EasyShift, a device for repositioning immobile patients in acute and long-term care to reduce caregiver strain. EasyShift, a mechanism used on hospital beds, has made great strides, Shaw says, and with the new lab, the hope is to get it FDA-approved and into the hospital setting soon.

One of the newer projects started by a team of nursing students involves IV lines that light up, Shaw says, with the goal of combating “spaghetti syndrome,” a situation where a patient has multiple IV lines, often in intensive care situations. “It can be really difficult to figure out where things are, especially in a emergency situation,” Shaw says. “So what they're trying to do is create a way to light up the line, almost like optical fibers, so one line could be green or orange or whatever color,” Shaw says. “They'll use the lab here as a place to work that out.”

The HIL intentionally brings students, staff and faculty from other disciplines to DUSON, where they experience hands-on collaboration and partnerships. For example, in 2019 the School of Engineering launched the Duke Design Health program, a nine-month extracurricular program, that offers students and faculty of multiple disciplines experiential learning in real-world settings that allows them to identify hurdles in providing health care, and then work together to create solutions to those problems. Engineering students consult with nursing and medical students, for example, to help develop ideas that meet the health providers’ needs.

“One of the goals is to leverage the space for people internally and externally to use as a lab,” Shaw says. “It could be someone from the medical school or it could be an outside company where they want to come in and test a product. They could test it out in this simulated environment and then if it goes well, they might be able to test it out over in Duke Hospital.”

Shaw says he’s also excited about the possibility of using the lab in collaboration with the medical device library, housing some of the bigger and more costly equipment, and as a satellite location for the campus’ 3D printers, a growing technology that holds potential for future use in health care.

Forward-thinking collaborative innovation is the ultimate goal of the lab, and Shaw stresses that it’s for everyone: faculty, staff and students from across disciplines. “Students learn to build and invent projects based upon needs in the Duke health system. And they work in teams—there’s engineers, physicians, nurses, and business folks,” he says. “And what they end up inventing gets wrapped in a business model, and the lab will be part of all that.”