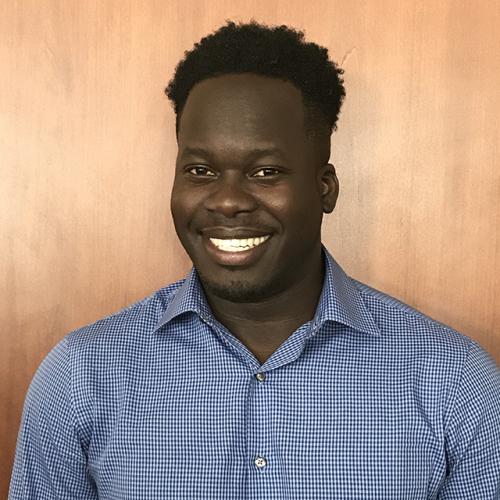 I was at the University of The West Indes where I was studying biology, physics and chemistry for undergrad and I realized I really didn’t enjoy what I was doing. A friend of mine suggested that I take some nursing classes and see how I liked them. My first reaction was, “Can men become nurses?”

Growing up in Jamaica, I never knew that becoming a nurse was a career option for me. I feel like Jamaica is still pretty conservative and have very traditional gender roles. Culturally, women were the nurses and men were the doctors, lawyers and engineers. My family and peers were very supportive of my switch to nursing as I applied and was accepted to nursing school.

There are currently no PhD programs in the Carribean and I felt that I needed to leave the region to get the education that I wished to pursue. In the Carribean region, there are only nine PhD prepared nurses and I want to become the tenth.

Before attending DUSON as a PhD student I came from The University of The West Indes where I was a teaching gerontology as a junior faculty member. A colleague of mine suggested I visit Duke as a visiting scholar to learn more about the field of gerentology. As a visiting scholar, my time at DUSON was met with welcoming and professional faculty, staff and students. I discovered DUSON’s statement of Diversity and Inclusion and felt that was something that really solidified my decision to pursue my advanced degree here.

I feel as though being educated at DUSON will prepare me for my future through the expertise that I am learning here. I’ve found the PhD program has really prepared me from the basic aspects of being a nurse researcher to being paired with highly respected mentors in their fields to be able to become an effective researcher who can really make a difference.